Just Start IT, an innovative learning program designed to ignite student creativity, is an 18-week inter-school program of student teams made up of Hackers, Hawkers, and Hipsters how to create a Technology Start-Up. GroupMap was used as the judging software solution for the night.

There were more than 200 teams participating in the program for 2015 from 32 different schools across Perth, Australia. The students were introduced to their mentors who helped them dive right into the process of creating a business that solves real-world problems. With their eyes on the finals; everyone was working together to build their solutions using the lean canvas template. It was exciting to see which problems the student start-ups were addressing and their incredible solutions.

Bit Transaction– an Escrow payment solution for Bitcoin. Bitcoin is like cash but for the internet, with the ability to revolutionize the payment industry. Bitcoin has sparked plenty of interest from many power figures including Al Gore, Peter Thiel, and Bill Gates. The problem for Bitcoin spenders is the security of not knowing if they would receive their purchase or not.

“We believe Bitcoins greatest potential is as a global payment network, by providing an escrow payment solution for bitcoin, we will change the way you pay online”.
– Aiden Gatani

Dear Dad– creates different packs to deal with the awkward situation of father-daughter relationships when it comes to the conversations of puberty and relationships. They created a demo pack for the night and described a range of alternative Dear Dad spin-offs.

After months of sleepless nights and early mornings, the student startups pitched their ideas to a crowd of 200 and 9 judges who were all wanting to listen to the bright ideas from the youth in their community. The judges used GroupMap as a judging platform to provide feedback to each team and to rate their pitches on a scale based on how it sizzled or fizzled. As each student startup pitched their idea, each judge rating them directly into the judging platform, capturing comments and asking questions. Judges included Paul Hodder from Bell Potter, Tony Panetta from DataCom, Michelle Sanford from Microsoft and Walter Green from Waitta/iAwards.

Here’s a snippet from one of the judges: Judging was made easy and in real time. Each student startup was entered directly into a GroupMap as a judging software for the night. Each judge’s ranking was combined to give the overall scores and placement of the teams. The list would reorder itself according to the final ratings so that all the teams were ranked from 1 to 10. A team that sizzled meant that they had the right market, the right team and had validated their idea well. Judges simply used their mobile, laptop or table to rate their scores.

The final winning team was Team Getcha – a social media application that solves the problem of receiving unwanted gifts by allowing you take photos of the things you want and allowing your friends to buy this for you. It blended business advertising, social media as part of this “wedding list” style application.

The event organizers were provided with the final list of ranked participants as well as individual reports that could be shared with the student startups to provide them with feedback from the judging panel. The winning team was awarded a $5,000 cash prize and the top 2 teams were also given the opportunity to pitch their ideas at the national iAwards. Two other teams also took out the prizes for innovation.

Best of luck to each of the student teams as they head off on their entrepreneurial journey.
See what the organizers had to say below:

We created a GroupMap to use as judging software perfect to the needs of our evening, allowing our judges to listen to the pitches and rate the pitches by filling a toolbar. The judges were also able to enter valuable feedback that they could share with each other via the map throughout the evening. This allowed quick and silent collaboration that was vital to the process. GroupMap also creates feedback reports to us the program leaders to be able to take back to the teams after the event for discussion. This type of feedback for teams that we are taking to market is invaluable.

GroupMap is a fantastic collaboration tool that we want to build permanently into our program. It allows endless collaboration, giving even the most quiet person a voice. I think of GroupMap as The Voice of Collaboration, and could not recommend it more highly. 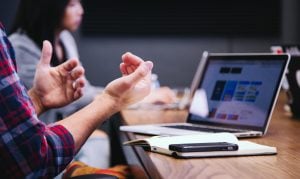 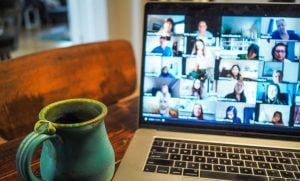 5 Reasons Why your Team should Start Virtual Brainstorming 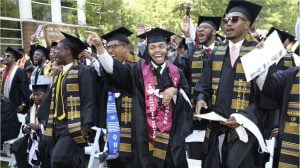 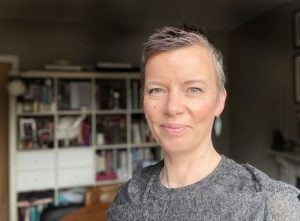